If you detect the aroma of a pie baking in your neighbor’s house, it’s not necessary to analyze its appeal at length. 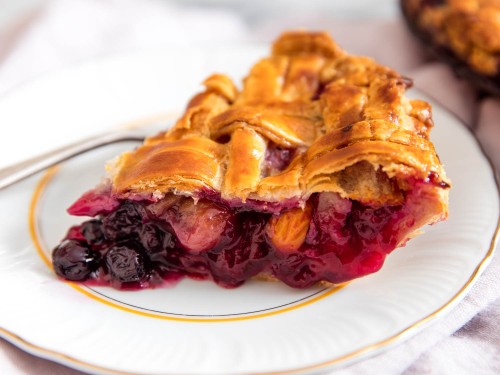 My enthusiasm for the disc below and the music it contains is strong: I received the disc in the mail yesterday; I am playing it now while writing this post.  And if you like subtle hot jazz that lives at the heart of the music — direct and unaffected — you will want a copy or a download.

That in itself is a cheering sight, and the details are even better.

The songs: Sittin’ on the Curb-stone Blues / Candy Lips (I’m Stuck on You)
Where Did You Stay Last Night? / Maori (A Samoan Song) / Tears / I’m Alone Without You / Piggly Wiggly / Love is the Sweetest Thing / Okey Doke / If You Knew (How I Love You) / Every Evening / Too Tight / Quem me Comprende / Cushion Foot Stomp.

The time, the place, the technology: December 5 and 6, 2019; Steve’s living room; recorded by Ryan Baer on vintage equipment: his reel-to-reel recorder and RCA ribbon microphone.

How to hear it / how to purchase it:

you can hear thirty-second sound samples of five performances and then purchase the disc.  (Notice I do not write, “If you are so moved,” because I am sure most listeners will be.)  Here — in the name of instant gratification — you can purchase a digital download of the music.

A few words from me, if needed.  I’ve been a convert to Steve’s music — solo piano and the brilliantly heartfelt musical ensembles he creates and leads — for some years now.  I warm to their warm, unbuttoned music — loose without being messy, expert without being over-analyzed.  The New Orleans repertoire on this disc isn’t overplayed tourist slosh; these are caressingly melodic pieces that could woo a listener if played straight, and the twining improvisations are memorable from the first hearing on.  Whether the mood is yearning and dreamy or plunging forward, each track is a delightful aural experience on its own terms.

And the band is made up of people who know the joy of ensemble playing, so the result is a vibrant tapestry of musicians playing “for the comfort of the band” as well as creating brilliant solos.  They know the routines and the conventions yet aren’t chained by them.  The songs are “old” but the music feels bright and new, never dusty — no scholarly recreations of old records.

The recording studio, even in the best circumstances, is an unnatural place, even if there is joking, there are sandwiches and good coffee.  Musicians know that what they do here will be scrutinized for — perhaps not “forever,” but for a long time, and that tends to make the room temperature drop.  That so much of our memorable music has been captured in such artificial circumstances speaks to the wisdom and intensity of the musicians.  But this disc benefits immensely from the collective relaxation of Steve’s living room — a friendly gathering rather than a doctoral examination.  You can hear it.  And the “vintage” technology, while never blurring the sound, is also comfortable.  The result is rather like being invited to hear music next door — a rent party where everyone is sweetly attentive and the music soars. The disc goes by far too quickly, which is why I am cheered by the hope of more volumes to come.

I could write more, but why?  This is a lovely, rewarding disc, and I thank everyone involved with it.  You will, too.  But now I want pie for breakfast, damn it.  Oh, well: I’ll just play the LIVING ROOM SESSIONS again.

Posted in "Thanks A Million", Bliss!, Generosities, Hotter Than That, Ideal Places, It's All True, Jazz Titans, Jazz Worth Reading, Mmmmmmmmmmmmm!, Pay Attention!, SURPRISE!, Swing You Cats!, That Was Fun!, The Heroes Among Us, The Real Thing, The Things We Love, Wow!

I’ve been told that I sound like a New Yorker, which doesn’t surprise me, although I think there are many strains of New Yorkishness, all subtly different. But to think I carry the inflections of my native land even when I’m in Sedalia, Missouri, for the Scott Joplin International Ragtime Festival, is pleasing.  So before I walk two blocks to hear more delightful music, I will offer some genuine sounds of New York for you, wherever you may read this.

I made another trip — a pilgrimage, rather, to the shrine for delicate and forthright creative improvisation (call it what you will), The Ear Inn, 326 Spring Street, Soho, New York City, on Sunday, May 13.  And the spiritual guides for that evening convocation were Danny Tobias, various brass instruments; Scott Robinson, taragoto, tenor saxophone, and other instruments; Chris Flory, guitar; Pat O’Leary, string bass.  Here are three splendid songs and improvisations created for us by four splendid players.

I couldn’t stay for the second set — my semester was still hobbling to a close — but I hope to make it to The Ear Inn more often this summer.  You should, too. 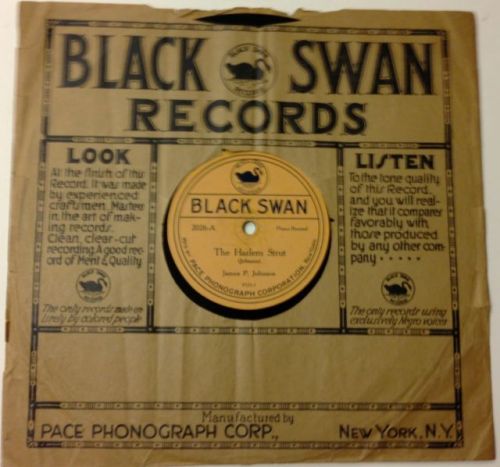 And the musing 1944 ARKANSAW BLUES:

From the middle of the Twenties, James P. (1894-1955) was comfortably earning money because of royalties on his most famous compositions (consider CHARLESTON, ONE HOUR) but he wasn’t satisfied to be a composer of hit songs.  He wanted to be known and respected as a serious composer of extended works, perhaps the race’s answer to George Gershwin.  He didn’t gain the respect and attention he desired, which hurt him. Both his discography and biography suggest that he was not always in good health — another good reason for our not having even more recorded evidence.

I wonder if James P. was more than the cliche of the popular entertainer yearning for serious acceptance, but a man who knew that he had more to offer than writing thirty-two bar songs and playing piano, solo or in bands.  Did he distance himself from “the music business” or did it ignore him because he would not fit in to one of its tidy categories?

James P.’s pupil Fats Waller died younger, but received more attention because of his ebullient personality: hundreds of recordings, radio broadcasts, film appearances.  Willie “the Lion” Smith outlived them both and was always ready to play, sing, and talk.

I wish James P. had recorded more, had received more attention of the kind his talents deserved. If someone uncovers a James P. trove, I’d like to know about it.

Because this blogpost threatens to slide into the morose, I will offer a recording that has never failed to cheer me up: the duet of James P. and Clarence Williams on HOW COULD I BE BLUE? What a pleasure to hear James P. somewhat awkwardly negotiate the vaudeville dialogue . . . and then to hear his intense rhythmic lead, his melodic inventiveness, in the duet that follows:

Posted in "Thanks A Million", Awful Sad, Hotter Than That, It's A Mystery, It's All True, Jazz Titans, Pay Attention!, Swing You Cats!, The Real Thing, The Things We Love