THEY HAVE FUN. WE DO, TOO: “DAYLIGHT SAVIN’,” by THE DIME NOTES

I know how hard improvising in public is, but I’ve been in situations where singularly gifted musicians are simply “doing their job” and we can all hear it.  Perhaps it’s the last tune of an exhausting festival set; perhaps someone in the band had a marital argument earlier or has to use the facilities very shortly. 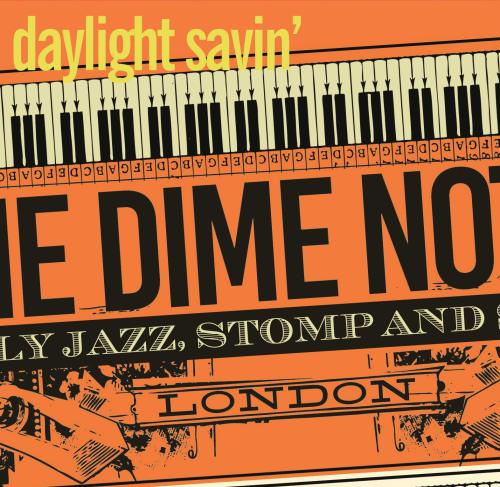 But there are performances and recordings joyous from the first notes.  Not volume or speed: rather, a collective pleased exuberance.  Here’s a fine one.

But I’m not surprised: after all, it’s the second CD by the wonderful DIME NOTES, made up of great players (and thinkers and feel-ers as well): Andrew Oliver, piano; David Horniblow, clarinet; Dave Kelbie, guitar; Louis Thomas, string bass.  I was very pleased with their first effort, as you can read here — and when Andrew and David became the “Complete Morton Project,” every week brought a new YouTube video — jolts of pleasure at regular intervals.

But I can hear some of you, those who grumble, “I have sixteen versions of SAN already.  Why do I need this one?” — which has some validity.  If you stop that grumbling, I will try to answer.

For one thing, that approach reminds me of the dusty joke, “Would you like a book for your birthday?” “No thanks, I already have a book.”  The whole spirit of the music we love is in its ability to make the familiar fresh and gleaming.  How many recordings do any of us have of slow twelve-bar blues?  But we hope for more excitement, more “personality” to come from what we already know in its broad outlines.  It’s especially true with THE DIME NOTES, who are a working band: they know the venerable recordings by heart; they have immersed themselves in the little details of those Gennetts and Vocalions.  And they don’t strive to be “innovative” or “harmonically adventurous” in ways that would put a fez on the Mona Lisa.  But each track on this CD has its own vivacious energy, as if someone had switched on an internal light.  I hear things in these songs that I don’t expect to hear, and there is no museum-dust, no scent of antiquity.  And because this is a working band, there is a special, charming unity: the way people who have been together for some time laugh at each other’s jokes, anticipate each other’s acts — in general, “play well with others.”

There’s a secret ingredient: that is, a large awareness that each of the four masterful players has, and it permeates the group.  Leaving aside Andrew’s original, even though the newest song on this CD was composed more than eighty years ago, the music didn’t freeze in 1926.  At the risk of offending those who like their jazz “pure,” whatever in the name of Eli Oberstein that means, this band knows how to play Twenties jazz with a buoyant swing feeling that perhaps Mel Stitzel was unaware of or not willing to attempt.  I don’t mean genre-bending “Dixieland goes Modern,” but I do hear a joyous bounce throughout this session, and it makes the older material seem so shiny.

And that, dear comrades in jazz, is why this CD is memorable and will remain so through multiple playings.

Posted in "Thanks A Million", Bliss!, Generosities, Hotter Than That, It's All True, Jazz Titans, Mmmmmmmmmmmmm!, Pay Attention!, Swing You Cats!, That Was Fun!, The Heroes Among Us, The Real Thing, The Things We Love, Wow!

For me, this morning started off splendidly with a blast of expert passionate hot music from pianist Andrew Oliver and clarinetist David Horniblow:

Please notice their immense romping ardor, and that although they are respectfully hewing to Morton’s composition, they aren’t reproducing the record note for note.

And the imagined flip side of the video 78, ORIGINAL JELLY ROLL BLUES:

Andrew and David have set themselves the substantial and joyous task of playing all of Morton’s compositions — about one hundred — in this duo format.  And “playing” means several things that we take for granted in 2018.  Their performances will be on video, and they will be offered to the eager public for free, both on their dedicated YouTube channel and on Andrew’s blog.  I find this both refreshingly “contemporary” and “antique” at the same time, as if I could go down to the best record store in my town every Tuesday and buy the new Oliver-Hornblow 78 of two more Morton compositions, being very careful not to slip on the ice and break my precious purchase.

I emphasize that their generous Musical Offering is done for free.  That’s the way musicians function or perhaps have to function in this century.  How could we make Messrs. Oliver and Horniblow feel welcomed in what is, after all, a world of commodities that have to be paid for?  (Artists, like us, have a fondness for meals and electricity and clean laundry . . . .)  At this point the forbidding God of Should emerges and with a voice louder than thunder says, “You SHOULD subscribe to the YouTube channel.  You SHOULD go to gigs that Andrew and David are playing (especially if you live in the United Kingdom).  You SHOULD check out their fine band, The Dime Notes, and buy their debut CD or vinyl record.  Details here. 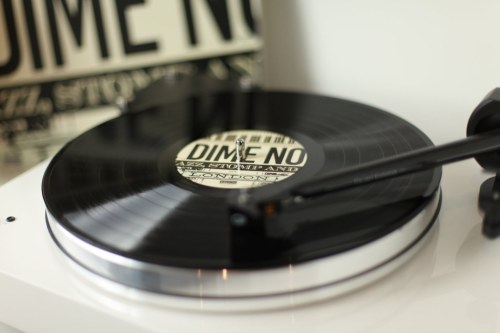 For me (now that the God has spoken and I can hear myself think once again) I wish that there could be a Morton-Oliver-Horniblow PayPal subscription.  I would gladly send these fellows ten dollars a week for their musical generosity. But until that time, I will merely exhort you to make sure that you watch these bursts of joy and get your hot-jazz friends to do likewise.

Posted in "Thanks A Million", Bliss!, Generosities, Hotter Than That, It's All True, Jazz Titans, Mmmmmmmmmmmmm!, Pay Attention!, Swing You Cats!, That Was Fun!, The Heroes Among Us, The Real Thing, The Things We Love, Wow!

“THE DIME NOTES” ADD UP TO HOT JAZZ PLEASURE

As the Elders used to say, “Here’s what I’m talkin’ about!“:

THE DIME NOTES are Andrew Oliver, piano; David Horniblow, clarinet; Dave Kelbie, guitar; Tom Wheatley, string bass.  And you can get a good idea of where their hearts lie by their chosen repertoire; ORIGINAL JELLY ROLL BLUES, ALABAMY BOUND, AUNT HAGAR’S CHILDREN’S BLUES, BLACK STICK BLUES, THE PEARLS, T’AIN’T CLEAN, SI TU VOIS MA MERE, THE CAMEL WALK, THE CRAVE, I BELIEVE IN MIRACLES, OLE MISS, TURTLE TWIST, WHAT A DREAM.  The first thing one notices is the presence of Morton, then Bechet, a few “jazz classics” with associations to Fats, W. C. Handy, and then compositions nobody plays: what band is delving into the Boyd Senter repertoire these days?  There’s also an original composition by Andrew, OTIS STOMP, “inspired by a small Oregon town called Otis Junction,” as Evan Christopher’s lavish liner notes tell us.

But a tune list is just that: some lesser bands would take this one and create something admiring yet completely dessicated.  Heroic, admiring copies of venerable 78s in twenty-first century sound.  That line of work can be a great pleasure, in person and on record, but THE DIME NOTES have come to play, which they do splendidly, with heartfelt understanding of all the music that has come before them and what its open possibilities are right now.

And here’s the secret of this engaging little group (a quartet that will not make you lonesome for a cornet, trombone, or drums): THEY SWING.  Let that sink in. Some groups that have given their study and energy to the music of the Twenties and early Thirties seem to have made it a point of honor to keep the rhythmic styles of the great innovators as they were, as if the way the music propelled itself in 1937 would be an insult to a composition first performed fifteen years earlier.  I don’t mean that this band plays hot jazz with a side dish of Dizzy, Bird, and Al Haig — but they do know that Count Basie walked the earth and improved it seriously.  So THE DIME NOTES benefit not only from the magnificent playing of each of the four instrumentalists, but they understand how to work together as a supple, rocking small ensemble.  To me, they are the Guarnieri Quartet of Hot.

They can swagger and soar and make it seem as if the disc in the player — the player itself — is about to take off and rocket around the room.  But they can also be tender and quiet, deeply lyrical, sorrowing, when the song calls for it.  And the disc is certified gimmick-free: no jokes, no tricks played on the listener.

This band is frankly irresistible.

And I’ve read somewhere that The Dime Notes are the only band I know to have its (their?) own chocolate bar, on sale in Whole Foods in the UK.  Until that commodity crosses my path, my hand, or my lips, I will content myself with their sounds.  Here you can buy their CD, or their “vinyl,” and see a video of them in performance.  Better than chocolate.  Longer-lasting.