“WARM REGARDS” and “THANK GOD FOR EARS”: A COLLECTION OF PRECIOUS PAGES 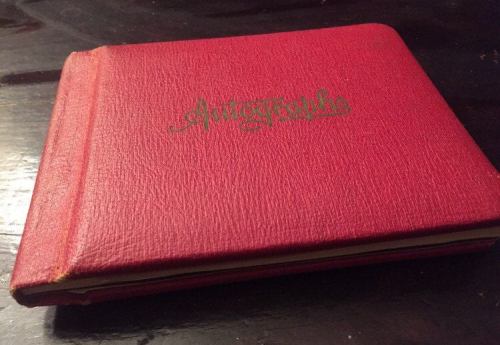 The nimble folks at “jgautographs” had their hands full of surprises . . . although their holdings range from Frederick Douglass to Marilyn Monroe to Irene Dunne, Stephen Sondheim, and Thomas Edison, it’s the jazz ephemera — no longer ephemeral — that fascinates me and others.  Here’s a sampling, with a few comments.  (The seller has many more autographs, from Sonny Rollins and Eubie Blake to Gene Krupa and Conrad Janis, so most readers of this blog will find something or someone to fascinate themselves.)  For those who want(ed) to buy what they see here, the auction ended this evening: if you are curious, I bid and lost on the Ivie Anderson and Jimmy Rushing; I won the Henry “Red” Allen and will be giving showings at a future date.  Check Eventbrite for tickets.

A number of the older autographs were inscribed to “Jack,” as you’ll see, and some of the newer ones to “Mark,” “Mark Allen,” and “Mark Allen Baker,” which led me on another path — more about the latter at the end of this post. 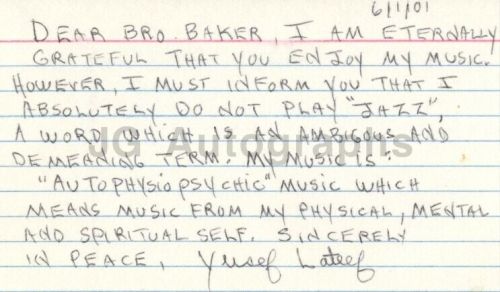 while Louie Bellson is much more gentle in his inscription: 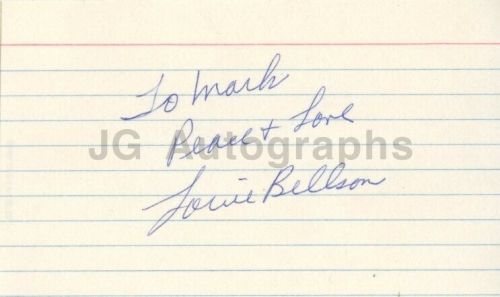 and Billie’s former boss, who called her “William”:

Notice that the Count’s signature is a little hurried, which to me is proof of its on-the-spot authenticity, because artists didn’t always have desks or nice flat surfaces to sign autographs after the show.  His calligraphy is in opposition to the next, quite rare (and in this case, quite dubious) signature:

Beautiful calligraphy, no?  But Helen Oakley Dance told the story (you can look it up) that Chick was embarrassed by his own handwriting, and when Helen asked for an autograph, Chick said, no, his secretary should sign it because her handwriting was so lovely . . . thus making me believe that this paper was not in Chick’s hands.  People who are less skeptical bid seriously on it, though.

Blossom Dearie, who arouses no such doubts:

And James Rushing, of that same Count Basie band:

I saw Mister Five-by-Five once, and his sound is still in my ears:

another Jimmy, happily still with us:

yet another Jimmy, playing at the Hotel Pennsylvania: 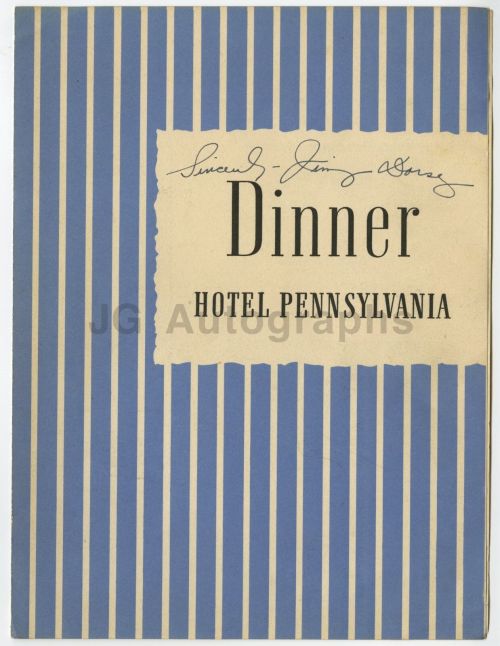 Would you care to join me for dinner? 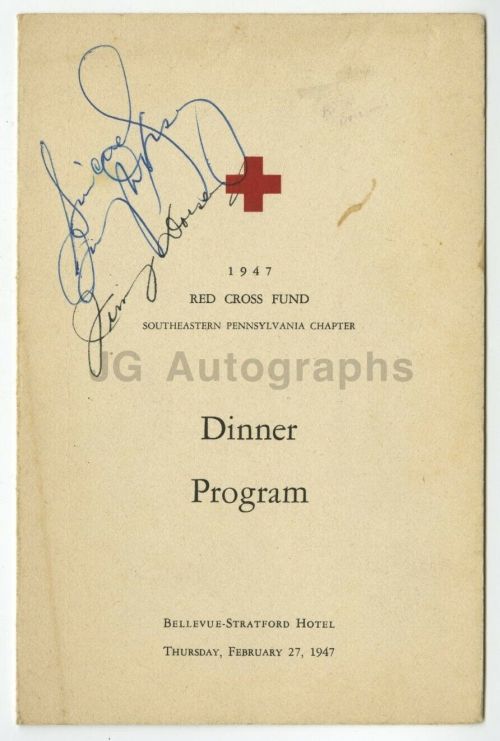 and we could stay for the “Bombe Borealis,” whatever it looked like: 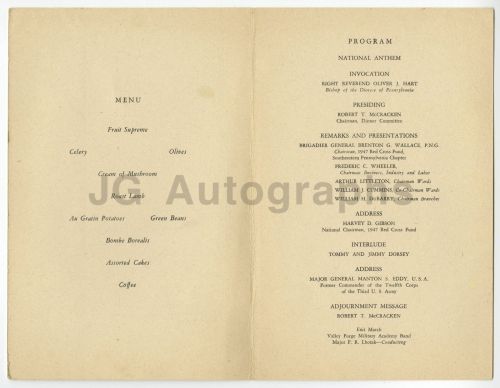 A woman I would have loved to see and hear, Miss Ivie Anderson: 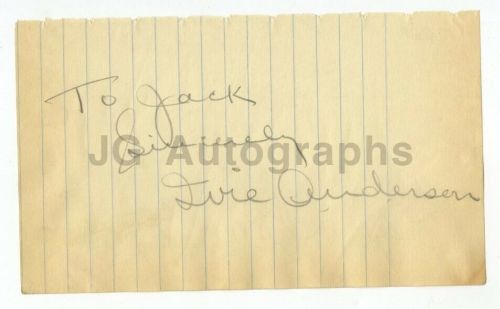 She continues to charm: 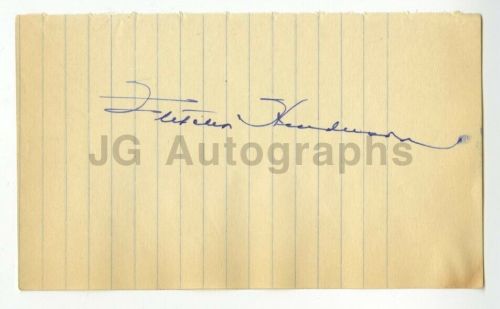 Ella, whose inscription is elaborate and heartfelt:

One of the million he must have signed:

One can’t have too many of these:

an influential bandleader and personality:

one of Lucky’s great stars — and ours — from an era when you noted what instrument the star played, even if you couldn’t quite spell it:

Here’s the musical background, in the foreground:

finally, something that deserves its own scenario, “Mister Waller, could I have your autograph?”  “Of course, young lady.  What’s your name?”  “Mildred.” 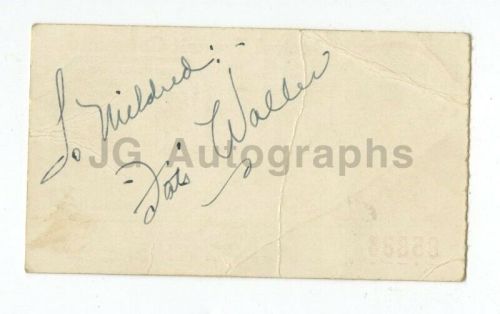 which raises the question: was the bus ticket the spare piece of paper she had, or were they both on a Washington, D.C. streetcar or bus?  At least we know the approximate date of their intersection:

Neither Fats nor Mildred can answer this for us anymore, but here is the perfect soundtrack:

Mark Allen Baker, in the pre-internet world I come from, would have remained a mystery — but I Googled his name and found he is a professional writer, with books on sports teams and boxing, but more to the point, on autograph collecting.  So although I would have hoped he’d be a jazz fan, my guess is that his range is more broad.  And the autographs for sale here suggest that he has found the answer to the question, “Why do you collect autographs?” — the answer being, “To hold on to them and then sell them,” which benefits us.

Posted in Irreplaceable, It's A Mystery, It's All True, Jazz Titans, The Real Thing, The Things We Love