SONGS MY FATHER TAUGHT ME 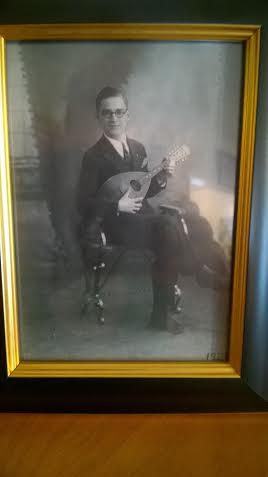 My father, Louis Steinman, would have been one hundred on December 26, 2015.  From him I get my handwriting, my taste for salty foods, my sense of humor, my willingness to engage strangers in conversation, and much more.  He loved a wide variety of music, from Rossini to Jolson to Broadway show tunes. Although he didn’t share my enthusiasm for jazz, he tolerated it, and without him I would never have seen Louis (the other one) live in 1967.

He sang bits of songs that he had heard in his childhood, and I (not the most curious of children) do not remember asking him, “What is the name of that song, and when did you first hear it?”  But a number of songs came direct to me because of him.  It was only after his death that I learned what a few of the mysteries were.  I offer a few songs below in his honor, in versions he might have heard in his childhood.

I knew this song only as “Leaves come tumbling down, ’round my head.  Some of them are brown, some are red”:

When I was a fretful child, easily upset and teary, I would hear this (wlthough he didn’t know the verse):

and on a more jubliant note:

and even a silly one that I saw him sing to my eldest niece while she was very young:

Thank you, Dad, for all you were and all you gave.

Posted in "Thanks A Million", Generosities, Irreplaceable, It's All True, The Real Thing, The Things We Love

That’s Ana. L. Quintana and Mike Davis, who are getting married in Puerto Rico this weekend.  Lovely people, they are — I speak from experience.

So, even though it’s too fast to use for a trot up or down the aisle, I offer the appropriate music — created on the spot at Fraunces Tavern (July 25 of this year) by Mike, Craig Ventresco (guitar), Rob Adkins (string bass) — a 1931 love song, LITTLE GIRL, by Francis Henry and Madeline Hyde: 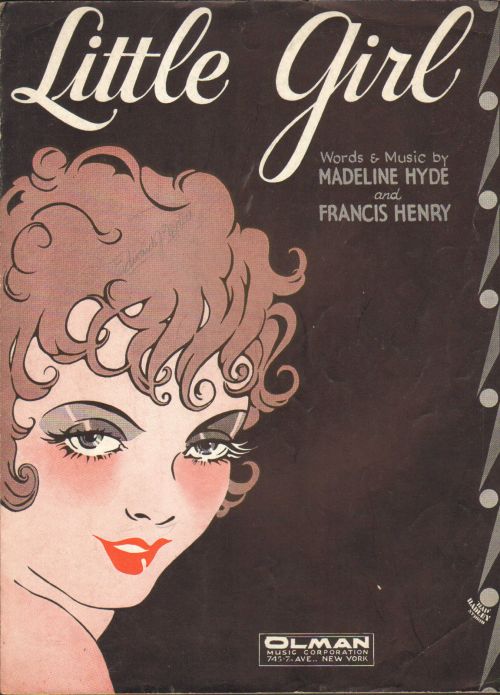 And here, since Mike was too occupied to sing, is a recording from the same year by “Whispering” Jack Smith, where he offers two verses as well as the chorus:

In case you don’t know the other song I reference in this post, enjoy this, sung by Dick Powell, from FLIRTATION WALK (1934), where the love interest is Ruby Keeler.  The music and lyrics are by Mort Dixon and Allie Wrubel.  This recording features some surprising Calloway-influenced scat from Powell, who had begun his career as a hot banjo player with Charlie Davis:

To Ana and Mike, and to everyone:

Posted in Bliss!, Hotter Than That, It's All True, Swing You Cats!, The Real Thing, The Things We Love