Deborah Kennedy is one of the warmest people on the planet, someone I first met in 2005 at The Cajun, playing with Eddy Davis and others (she’s also a regular with Woody Allen and other NYC groups) . . . and did I mention that she is a wonderful string bassist who creates lovely melodies, can walk in four, has a beautiful sound and great intonation?  And the kindness of her nature comes through her instrument.

I’d been out of touch with Ms. K for some time although I followed her (at a respectful distance) on Facebook, until she mentioned a little session she’d be having at her uptown apartment.  I asked her if I and my camera were welcome, and the answer was an enthusiastic YES.  With her were guitarist Tony DiGregorio and drummer Andy O’Neill , and here are two of the songs they performed that late afternoon.  Lovely music, and lovely to reconnect.

I hope to make other sessions!  And you might want to visit Deborah’s Facebook page (noted above) to keep up with her gigging.

Posted in "Thanks A Million", Bliss!, Generosities, Pay Attention!, Swing You Cats!, That Was Fun!, The Heroes Among Us, The Real Thing, The Things We Love, Wow!

The clearly indefatigable RaeAnn Berry captured some wonderful performances at the 27th Annual America’s Classic Jazz Festival in Lacey, Washington.  So far, I am most fond of these duets between the consistently delightful singer Dawn Lambeth and the nimble, sensitive pianist Conal Fowkes.  Here’s a selection.

Conal runs the risk of being typecast as Cole Porter in Woody Allen’s films, but he bears up nobly under the burden, we think.  Here’s his sparkling solo rendition of Porter’s YOU’VE GOT THAT THING (to be defined ad lib) — I think of this as Park Avenue barrelhouse:

The Festival’s sound system doesn’t do Dawn’s rich voice justice, but you can get a good idea of the sweet subtleties that endear her to us on MORE THAN YOU KNOW:

Dawn charms us with the evergreen (certainties undermined in swingtime) I MAY BE WRONG.  Incidentally, I read somewhere that the conceit of the lyric is that the optimistic singer is seriously visually impaired, so the song then makes better sense:

The moral of MOONBURN — Hoagy Carmichael’s first song for films, composed with Edward Heyman — might be “Always carry protection,” or not.  Most of us know it from a wonderful 1935 Decca recording featuring Bing Crosby and Joe Sullivan.  Dawn and Conal make me want to research lunar moonscreen:

Harold Arlen’s song of emotional confusion (I guess?) BETWEEN THE DEVIL AND THE DEEP BLUE SEA, occasion for a lengthy and splendid Frolick by Conal:

Finally, for this posting, here’s that paean to the magic powers of caffeine when mixed with love, YOU’RE THE CREAM IN MY COFFEE:

To see and hear more from Dawn and Conal, and other glowing artists recorded live, visit SFRaeAnn — our video benefactor’s YouTube channel.  Another thousand subscribers would please her mightily.

Posted in "Thanks A Million", Bliss!, Generosities, It's All True, Jazz Titans, Pay Attention!, Swing You Cats!, That Was Fun!, The Heroes Among Us, The Real Thing, The Things We Love, Wow!

The music that Dawn Lambeth and Conal Fowkes create sounds real, fresh, and full of feeling.  Here they are at the 2016 San Diego Jazz Fest: the last set I saw on Sunday, November 27, 2016, a divine way of wrapping up a splendid weekend of music and friendship.  And since this isn’t a studio session, with engineers to help things along, you can see and hear its authenticity: we watch and listen as it is being made.

and another Walter Donaldson bouquet, this one associated with Billie in 1936:

I hope that 2017 will bring more opportunities for this pair to perform and record . . . and there are a few more shining examples of heartfelt music from this set I will share with you.

To some of my readers, neither name in my title will be dramatically familiar.  I plan to change that quickly in this blogpost.  First, here’s Conal Fowkes: 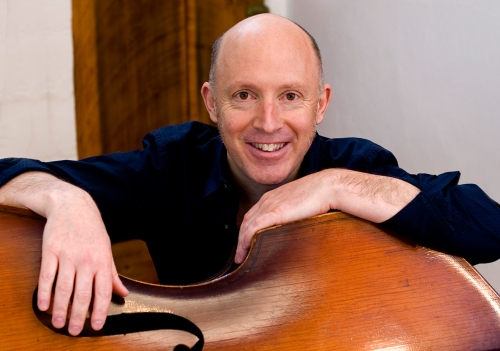 He is a magnificent pianist (and, yes, a string bassist, singer, composer) at home in many genres.  And in demand!  You might have seen him playing and singing as Cole Porter in Woody Allen’s MIDNIGHT IN PARIS.  If you go to hear Woody and his band, Conal will be there.  If you’re in search of down-home rock, Conal is the man: often with John Gill’s Yerba Buena Stompers, having a fine time on PINEAPPLE RAG or HEEBIE JEEBIES.  Conal also shows up alongside banjoist Eddy Davis and multi-instrumentalist Scott Robinson (they just captivated an audience at The Django last Saturday night) . . . and if you were around New York in the glory days of The Cajun, Conal was there — as is only right — regularly.  Of late, I’ve seen and captured Conal with Barbara Rosene and with trumpet hero Danny Tobias.

Here‘s Conal’s website where you can find out about his other film appearances, his recordings, his gig schedule.  What his site won’t tell you, I will: he is one of the kindest and most reliable people on the planet, just the fellow you would want around when you need help.  (One, at a festival, he quietly told me that my clothing was unzipped where it should not have been — without embarrassing me.  THAT is a true nobleman.)

Conal is a modest fellow (although his talent is in no way “modest”) who is just as happy to be a splendid sideman.  So he isn’t always issuing solo CDs, which is a pity.  But he did step into the limelight for slightly under an hour at the 2016 San Diego Jazz Fest, as solo pianist and in duet with the irreplaceable Dawn Lambeth.  I’ll share those duets in future posts, but a lengthy Conal solo on a first-rate piano is a major event.

The texts for Conal’s mellow sermon come from the hand of the gifted and unusual American songwriter / pianist / singer Willard Robison . . . whom some of you will know for OLD FOLKS; A COTTAGE FOR SALE; ‘T’AIN’T SO, HONEY, ‘T’AIN’T SO, ‘ROUND MY OLD DESERTED FARM, GUESS I’LL GO BACK  HOME THIS SUMMER, DON’T SMOKE IN BED, TRUTHFUL PARSON BROWN, and many others.  Mildred Bailey loved Robison, as did Ralph Sutton and Jack Teagarden, and in our own time Matt Munisteri has performed his works with deep understanding and feeling.

But here’s Conal.  He is an artist with many sly, subtle personalities — appropriate to the material he is creating — but the personalities come out of the same deep roots: lyrical singing melodies, a sweetly propelling rhythmic sense, a delicate touch, and a willingness to serve the song rather than to stand in front of it, obscuring our view.

It doesn’t get better than that — those dozen minutes of gentle searching music. 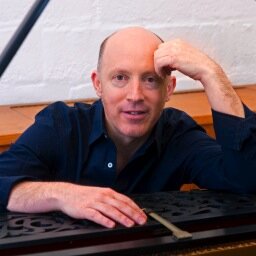 Conal Fowkes is a fine fellow. He plays piano — delicately or stomping; he is a first-class accompanist.  He is a splendidly romping string bassist (think Pops Foster with a subtle harmonic sense), a compelling singer, arranger, and more.

He’s at home with Woody Allen and Wynton Marsalis, with John Gill and Bette Midler, with Sam Manning and Scott Joplin, at The Ear Inn and the Cafe Carlyle. He can play New Orleans funk circa 1911 or post-bop or sweet melodies or naughty calypso, rocking salsa, or deep Cuban music.

He has elegance, taste, and wit, but isn’t pretentious in person or in his music.

I first heard him in 2006, at The Cajun, but millions of people have heard him singing and playing on the soundtrack of MIDNIGHT IN PARIS — for which he won a Grammy. Virtue rewarded, I think.

All these nice — and true — words are because a friend pointed out Conal’s new website, which is nicely designed and worth a visit.  I’m waiting for the next Conal Fowkes CD, which I hope will come soon.

Posted in "Thanks A Million", Bliss!, Generosities, Irreplaceable, Jazz Titans, Jazz Worth Reading, Pay Attention!, Swing You Cats!, The Heroes Among Us, The Real Thing, The Things We Love

So it was a special pleasure to read Conal’s most recent good news, which I pass along to you.  He deserves the award and a great deal more.

It is with great pleasure that I can announce that I, along with my dear friends and colleagues Eddy Davis, Yrving Yeras and Lisa Yeras, won a GRAMMY at the 55th Annual GRAMMY Awards for Best Compilation Soundtrack for Visual Media for my work on the Oscar winning film Midnight In Paris.  I can be heard throughout the movie as the voice and piano of Cole Porter, played by French actor Yves Heck, and also as part of the Yerason Trio, playing “Barcarolle” by Offenbach, with Yrving and Lisa Yeras (violins) in an arrangement written for the movie by Eddy Davis. The news came as a big surprise but nevertheless a great thrill!

Let me take this opportunity also to tell you of a few up-coming gigs I have in the NY /Tristate area.

Sunday, Feb. 17th, I’ll be playing in duo with the amazing, ridiculously talented, Scott Robinson (various reeds, brass & sonic devices). Shanghai Jazz, Madison NJ. 3:30pm-5:30pm http://www.shanghaijazz.com/ This is an event run by the New Jersey Jazz Society so it doesn’t appear on the Shanghai Jazz website, but we WILL be there!

*And a word from JAZZ LIVES: “veteran singer Judi Marie Canterino” sang duets with Jimmy Rushing at The Half Note — Spring and Hudson Streets — when I was there in 1972.  That’s a seriously impressive credential.

Posted in "Thanks A Million", Bliss!, Generosities, Jazz Titans, Pay Attention!, Swing You Cats!, The Heroes Among Us, The Real Thing

The song is SALTY BUBBLE, composed by trumpeter / vocalist Papa Ray Ronnei, and catapulted to fame by Woody Allen, who used it in his film WHATEVER WORKS.  (SALTY BUBBLE does have a certain kinship with a famous Twenties song about an Asian gentleman who puts people to sleep in the nicest ways, but no matter.)

Back to YouTube.  Without meaning to do so, they have cut through the ideological chatter that continues to afflict jazz.  Is this New Orleans jazz, Dixieland, traditional jazz, small-band swing . . . what-cha-call-em-blues?  No, without knowing it, they have taken their cue from Eddie Condon and his brother-in-law Sidney Smith, who chose to call what Eddie and friends played simply MUSIC.

And that it is!  More to come from Seaside and the New El Dorados, courtesy of the fine band and of our steady videographer “islandstarfish“.

Posted in "Thanks A Million", Generosities, Hotter Than That, Irreplaceable, Jazz Titans, Pay Attention!, Swing You Cats!, The Heroes Among Us, The Real Thing, The Things We Love