My long-time friend Rob Rothberg told me about this — by way of an AOL story that Barbra Streisand’s ex-lover — as far back as 1959 — was auctioning off her earliest private tapes.  I can see my readers politely stifling yawns, even when I point out that anyone wishing to bid on these admittedly rare items would be required to put $100,000 in escrow.

But Rob doesn’t give up easily, nor is he easily bored.  He followed the link to see what else the auctioneer had to offer — and it’s a rare batch of letters from Fredric Douglass, Sigmund Freud, Grover Cleveland, and a colored trumpet player and singer named Louis, making travel plans that involve his buddy Milton “Mezz” Mezzrow and some “arrangements.”  The handwritten letter runs sixteen pages:

The auctioneer wants fifteen thousand dollars for that, and it is (to quote David Ostwald) worth every penny.  Not only because it’s Louis and Mezz, but because of the invaluable advice for travellers.  Savy?

Visit http://momentsintime.com/autographs.htm to learn more and to bid!

DIAL B FOR BEAUTY

I think Tadd Dameron would have approved, had he seen this butterfly outside his window.

Posted in "Thanks A Million", Irreplaceable, Pay Attention!, The Real Thing, The Things We Love

This was one prize — of several — acquired yesterday at the Coxsackie Antique Center, a multi-dealer showplace near Albany, New York, with a hundred dealers.  Walking up and down the aisles, although the large store was clean and well-lit, which isn’t always the case, I began to be grateful that there were so many things I had no desire whatsoever to collect.

But this piece of sheet music — new to me! — suggests that hipness didn’t restrict itself to major urban centers in 1927 or after — or perhaps someone brought this from New York City to play on the piano at the summer house?  My photographs of the score might be too small to play from, but perhaps my readers can solve this for themselves. 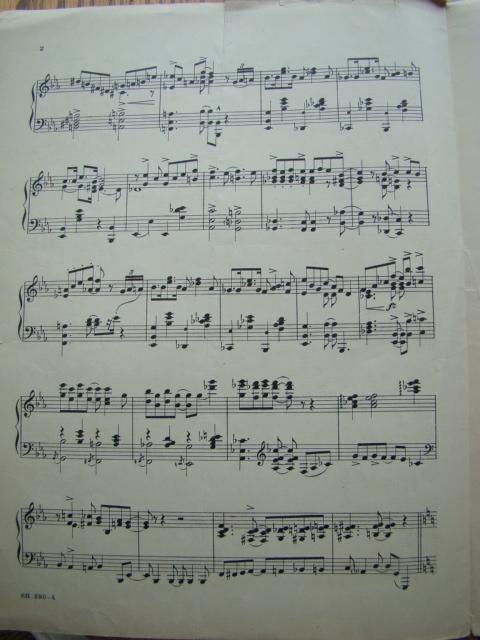 IMAGINATION is an unusually modern piece for 1927, harmonically sophisticated — but unless you can sight-read, you might not know what it sounds like.

Voila!  The Bix Beiderbecke Discussion Group (http://www,bixbeiderbecke.com.) once again came to the rescue.  There I found a good deal of information about Fud Livingston — composer, arranger, reedman — as well as audio versions of IMAGINATION by bands including Red Nichols, Miff Mole, Vic Berton, and other Twenties hot stars.  (I hope that Professor Al Haim agrees that my petty larceny was done for a good purpose.)

IMAGINATION by the Charleston Chasers, Sept. 8, 1927

IMAGINATION by Red Nichols and his Five Pennies, June 1, 1928

Note: these files occasionally take some time to load; sometimes they stall; they require Real Player.  But they do reward the patient and diligent.

To repay the Bixophiles for my borrowing these recordings from their site, here’s another piece of sheet music, also new to me, with distinct ties to Bix and Tram.  More to come! 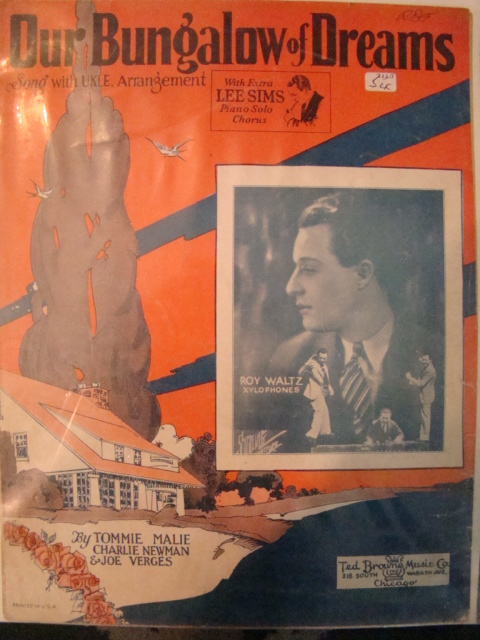 Posted in "Thanks A Million", Ideal Places, Irreplaceable, Jazz Titans, Jazz Worth Reading, Pay Attention!, Swing You Cats!, The Real Thing, The Things We Love